Warning: Parameter 1 to wp_default_scripts() expected to be a reference, value given in /homepages/10/d464666215/htdocs/webmsports/wp-includes/plugin.php on line 571 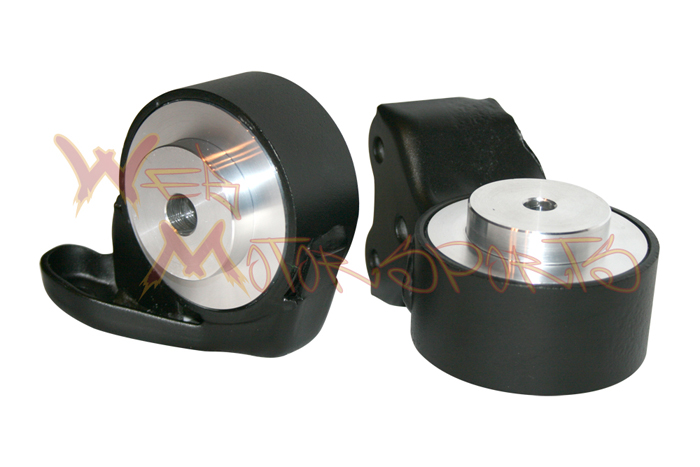 What does this mean to you?:

Take-off power that is lost during engine “twist” (lift) can be concentrated directly to the ground when the engine is restrained.  This means that horsepower is unlocked and transferred directly to the wheels rather than being lost in unnecessary and violent engine movement.  When contained, the car maintains a consistent geometry and is able to perform as designed with the tires planted firmly to the ground.

Who does this affect most?:

N/A Hyundai Tiburons will notice an immediate difference, although, the forced induction group is who these are truly designed for.  Without at least 1 solid motor mount, roots style supercharged Tiburons risk destroying the boost actuator from contact with the firewall upon violent engine movement.

Create your own review
Average rating:   1 reviews
by Edwin Rodriguez on

The install was fairly easy, I couldn't believe how much of a difference one mount makes. The throttle response is much quicker! Definitely recommend, especially for track cars.